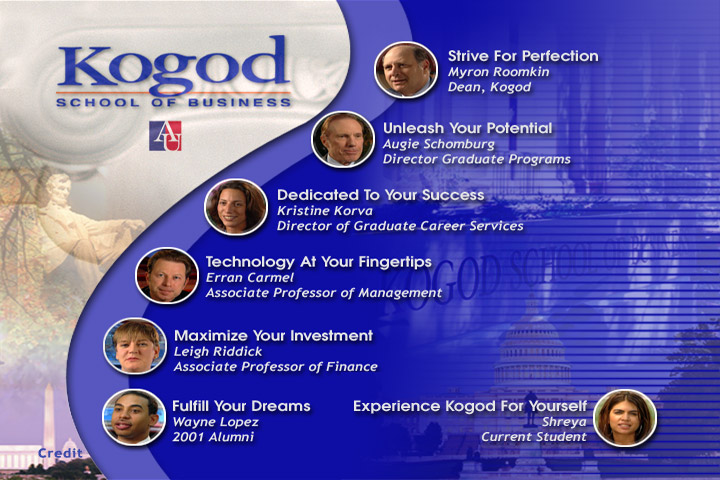 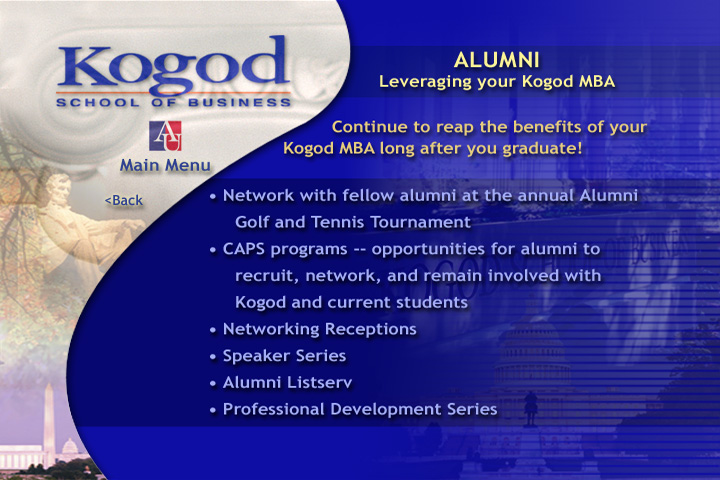 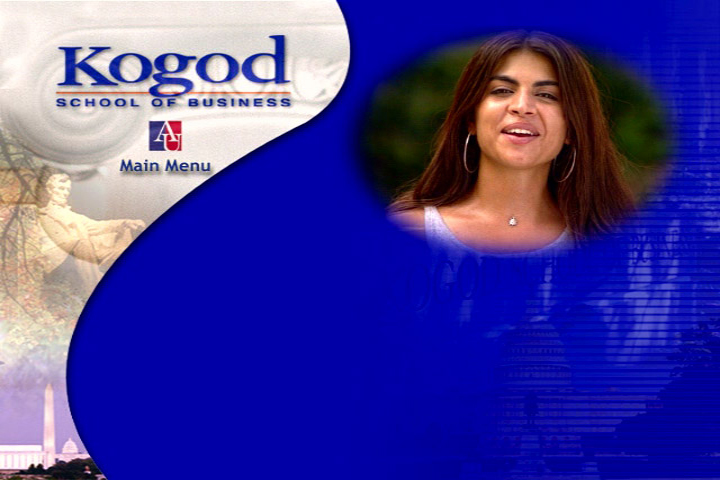 V! Studios listened and suggested solutions for our recruitment and marketing challenge. Their recommendation that we distribute DVDs was very effective since DVDs handle video so well, can be played on PCs, Macs and home DVD players. DVDs were the perfect medium for communicating with Kogod's target audience.

In the competitive world of MBA programs, the Kogod School of Business needed to communicate the unique benefits of its graduate program, and in a manner that would separate its message from its competitors.

Kogod School of Business has a reputation as a cutting edge leader in business education, so V! Studios recommended that Kogod be the first business school to distribute its recruitment materials on DVDs. As a safety net, Kogod also chose to produce CDs, since that was the medium used by its peers. V! Studios developed the disc interface, shot original video of school professionals, produced content screens, and programmed the software for both DVD and CD. V! Studios was also responsible for the packaging and managed the replication of the DVDs and CDs.

The DVDs were a powerful and economic way for Kogod to distribute its message. They allowed Kogod to reach its target audience quickly, easily, and efficiently.