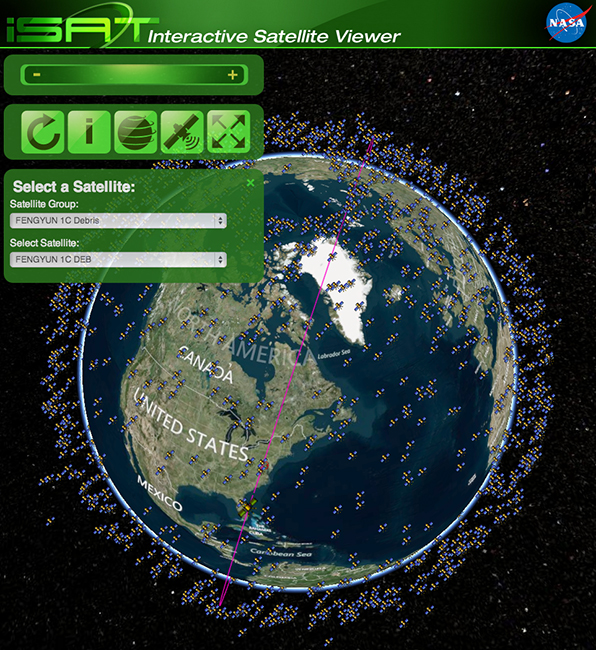 You have all done an incredible amount of work in just a few months for an event that is likely to be the largest outreach events for NASA in the foreseeable future. You should be proud of what you have done. I am [proud] of all of you, and I am humbled to be part of such a team." — NASA Science Communications and Public Engagement

The Science.NASA.gov site had a satellite tracking application that was unmaintained and stopped working. The Science Mission Directorate (SMD) received email from the public and educators who had been using the satellite tracking application in their math and physics classes. These users asked for it to be restored, but the code was no longer available.

V! Studios engineers talked with subject matter experts at NASA to understand the mathematics, then researched the SGP4 Simplified perturbations models used by NASA and NORAD to track satellites. Software was available in FORTRAN and MATLAB but nothing suitable for the web. V! developers translated the algorithms from MATLAB to JavaScript, allowing the calculations to run within the browser so it would be fast enough to serve thousands of users. Developers integrated the new SGP4 implementation with the open source Cesium Virtual Globe to display satellite tracks over the Earth in an interactive, 3D manner.

The new implementation, dubbed "iSat", was well received.The 3D interactivity made for compelling explorations by the public and educators. The JavaScript implementation ran fast enough to show thousands of satellites in motion at once. Our SMD customer was so happy with it, she sent the lead developer to present its debut at the NASA Tent at 2013 South by Southwest event. In April 2014, the developer was asked to present iSat at NASA's Earth Day exhibit in Washington, DC: teachers and parents said it would be great for education, and children were very curious ("is a satellite faster than a cheetah?").